Hung Fai invited his father Hung Hoi to paint a landscape, with cinnabar red color on xuan paper, as a model.  With the paper folded and saturated, Hung Fai traced the model landscape with black ink dots. The ink penetrated through the red landscape, layers through layers, leaving subtle, faded marks.  Upon unfolding the paper there appeared a deconstruction and transformation image of the original model.

The conceptual framework of “The Six Principles of Chinese Painting - Transmission by Copying”* stemmed from the perception of model and transmission in Chinese painting.  By the act of inviting his father to paint a model landscape, Hung Fai reversed the traditional relationship between the transmitted (the father) and the transmitter (the son).  The usage of ink dots, water and folding rice paper created a new method that allowed Hung Fai to deconstruct the conventional notion of “red landscape” which symbolizes authority.  The sensibility of the tracing experience contrasted with the physicality of the deconstruction methodology.  The result was a departing landscape that ultimately transformed and reconstructed into an embodiment of tradition, authority and familial relationship.

​* “The Six principles of Chinese Painting - Transmission” was established by Xie He, a  Chinese painter and art critic in sixth century AD, in the preface of his book "The Record of the Classification of Old Painters". 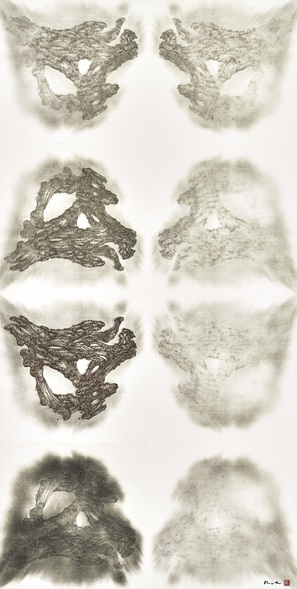 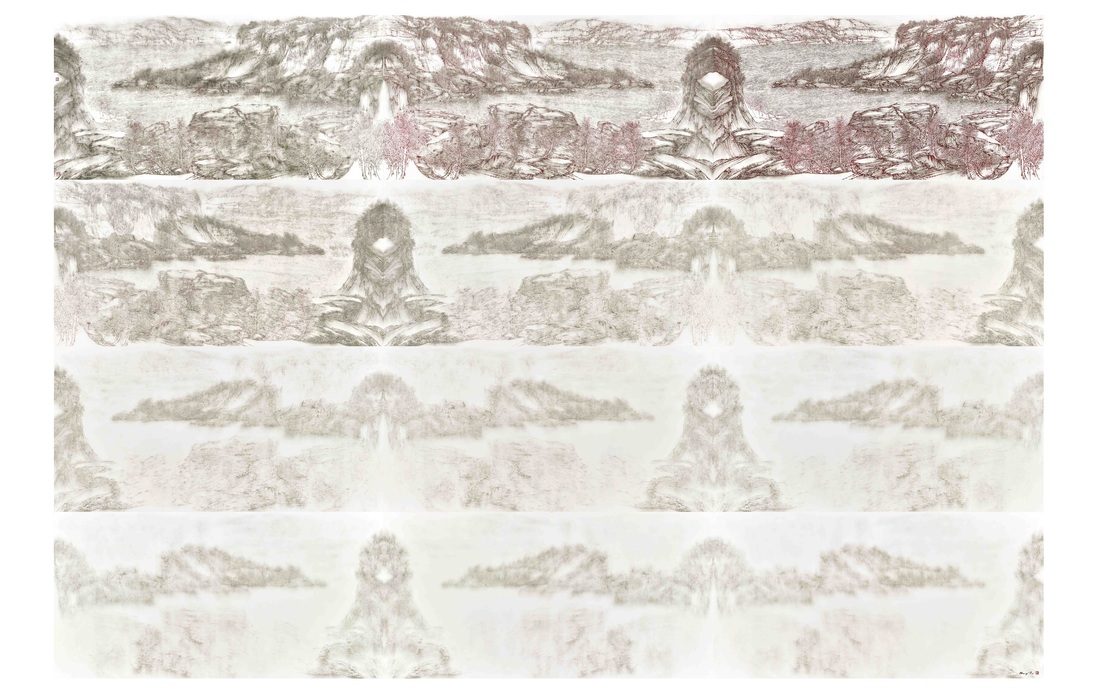